Following up on the 2-episode program aired in August, the show features the ordinary life of the 11 winners of the popular audition program “Produce 101.”

The upcoming “Wanna One Go: Zero Base,” consisting of 8 episodes, will have more interesting content and behind-the-scene stories about the project boy group, the channel said.

The group is set to release a repackaged version of its debut album on Nov. 13. 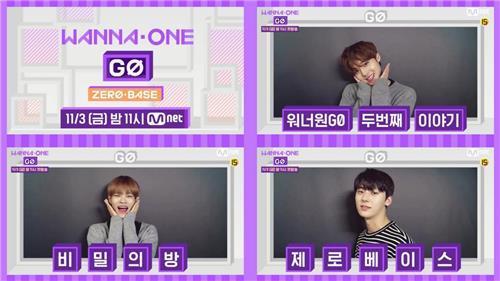 BLACKPINK, Sechskies to perform at 2017 BOAF in October

god, Park Joon-hyung had daughter “Now I am PAPA JOON”