The movie starring Song Kang-ho has been officially invited to be an opening film to this year’s Korean film festivals in Brussels, Belgium; Frankfurt, Germany; Spain; Paris, France and Hungary, Showbox said.

Director Jang Hoon will be attending two of the festivals set to open in Frankfurt on Oct. 18 and in Paris on Oct. 24.

“A Taxi Driver” was the closing film of the 21st Fantasia International Film Festival (FIFF) in Canada in July. Its hero Song received the best actor award in the festival.

The movie is inspired by the real-life story of a Seoul taxi driver who takes the late German correspondent Jurgen Hinzpeter to the southwestern provincial city of Gwangju for a large offer of money and witnesses the horrors of the bloody military crackdown on the pro-democracy people’s uprising of May 1980. Hinzpeter, helped by the taxi driver, becomes the first western reporter to send out footage of the bloodshed.

In South Korea, the film sat on the box office throne for a long time, selling more than 12 million tickets.

“Since the story of citizens fighting against injustice and fighting for justice is a universal theme, overseas viewers will also be able to feel a lot of empathy,” said an official with Showbox’s overseas team. “We are actively discussing invitations with a number of other film festivals.” 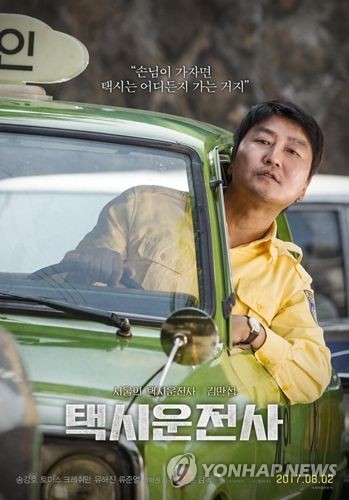