SEOUL, Aug. 27 (Yonhap) — Daily consumption of kimchi can lower the risk of contracting atopic dermatitis (AD) by 32 percent compared to those that do not consume the Korean side dish, a report by a team of local scientists said Sunday.

The findings were released by researchers led by Park Yoo-kyoung, a professor of medical nutrition at Kyung Hee University in Seoul, and were from the 2010-2012 national nutritional health study conducted on 7,222 people across the country. The report has been published in the latest issue of the Asia Pacific Journal of Clinical Nutrition.

Kimchi is a spicy fermented traditional dish made with either pickled cabbage, cucumbers or radishes. It is served with almost all meals.

The team broke up the people tested by how much they consumed kimchi and checked any correlation with atopic dermatitis.

It said that those that consumed 85-158 grams of kimchi a day or two to three servings, were 32 percent less exposed than those that ate under 36 grams to AD.

The university researchers said that the findings took into consideration sex, age, whether the tested subjects smoked or drank and other external condition that can affect the results.

“There are people who are worried about the high salt content level of kimchi, but the latest test show it can lower AD,” Park said. 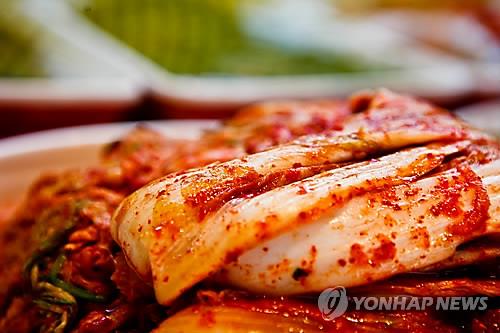