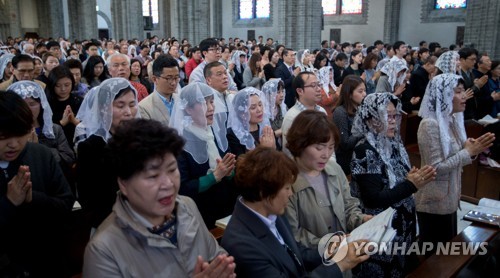 According to the official statistics released by the Catholic Bishops’ Conference of Korea based on the 2017 Vatican yearbook, 5.592 million South Koreans were baptized Catholics as of the end of 2015. The figure was about 1 percent up from 5.5 million in the previous year.

Mamamoo gears up for this summer’s chart battle with ‘Purple’