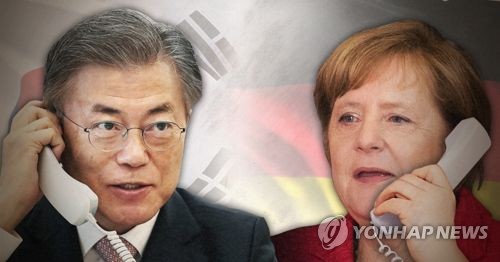 Her remarks came in her call to the new South Korean leader to congratulate him on his recent election. The call lasted about 15 minutes, according to the presidential office Cheong Wa Dae.

“Chancellor Merkel invited President Moon to visit Berlin on his way to the G20 summit set to be held in Germany’s Hamburg in July, and President Moon expressed his gratitude for the invitation, saying he will instruct his officials to discuss the issue through diplomatic channels,” it said in a press release.

Moon came into office on Wednesday, one day after an early presidential election caused by the March 10 ouster of his conservative predecessor Park Geun-hye over corruption allegations.

Moon also praised Merkel and her country for their leadership in dealing with the global financial crisis and international refugees.