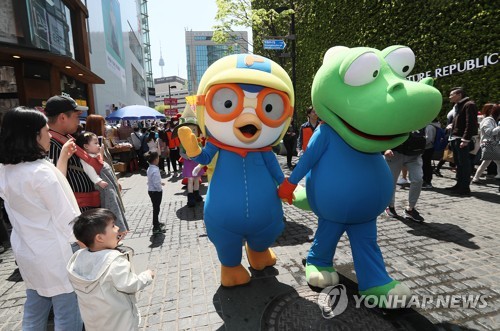 First aired in 2005, Pororo is one of the most popular cartoon characters for children in South Korea.

OCON holds a 27 percent stake in the copyright of the TV series, with another studio, Iconix Entertainment, holding another 27 percent. The remaining 46 percent is equally owned by SK Broadband and broadcaster EBS.

OCON has signed a contract to name Mirae Asset Daewoo as its sale adviser for the offering.

The timing of the IPO will be in the second half of next year, both OCON and Mirae Asset Daewoo officials said.

Actor Kim Soo-hyun to be enrolled in military next month